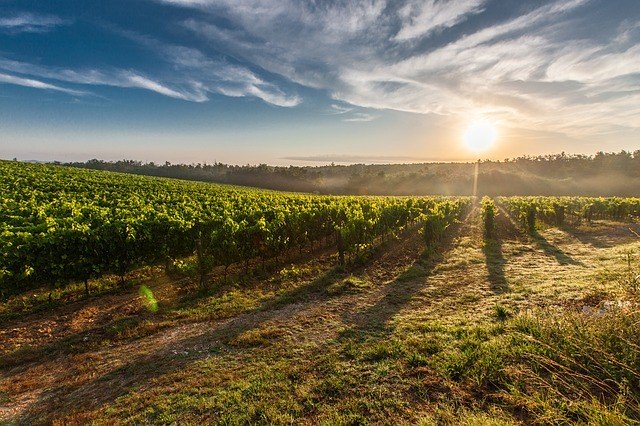 When a business sector sees a rash of mergers and acquisitions, it’s for one of two reasons, growth or decay. The organic food industry has seen a lot of acquisitions by companies anxious to get in on the ground floor of the 5% annual growth rate in organic food and regenerative farming. Meanwhile, on the dark side, Monsanto is facing takeover by Bayer, not for any positive reasons, but because they are both looking into the abyss. Merger is one way to survive when the farmers they are competing for are spending less. Farmers aren’t stupid – they can do the maths. When they see diminishing returns on their investment in seeds and agrichemicals, they reduce their spending.

Normally in a situation like this the agribusiness operators would go to the EU or Washington and just wheedle more subsidies out of the national purse, bleating about food security while encouraging biofuels to prop up soy, rapeseed and corn prices. Who cares if you’re destroying the earth’s precious farmland at 30 football fields a minute? If you were a big landowner, you’d feel entitled to being paid to do this. That’s what us mugs are here for. Now that the EU even subsidises grouse moors you’d think the gates were wide open. But the money is running out. Half the EU budget goes to farmers, much of it British money going via Brussels to France. The US spends $350 billion a year propping up agriculture in the US, channeling money through farmers to agribiz.

Let’s take a look at who’s eating whom. The potash fertiliser price has halved in the past 3 years, from $450 a tonne to $219. So in Canada, Agrium and Potash, two of the world’s biggest potash producers, are merging in a desperate attempt to keep afloat while they wait for a bounce in price that may never happen. Bayer and Monsanto are both facing plunging sales and profits. Monsanto have the seed and Bayer have the pesticides to go with them. But again it’s desperation. They hope that innovation will save them, but innovation is not something you find in mega corporations.   GMOs are losing support – US farmers never wanted them but were denied choice after Monsanto bought up all the seed companies and forced GMOs down their throats.

The whole ethanol biofuels scam is blowing up, too. It was never even vaguely ‘carbon neutral’ – it takes more energy to produce a litre of ethanol than the energy you get by burning it. It’s more energy efficient to just mix corn with coal and shovel it into a power station, but that would be too obvious and repulsive.

Chem China has taken over Syngenta. They make the herbicides that Syngenta’s GM seed can resist. Nobody in China will eat GMO rice but they’ll tolerate pork or chicken fed on GM maize. But the real prize for Chem China is Syngenta’s strong presence in US market: they’re after Bayer/Monsanto’s piece of the diminishing pie. Their US competitors are suddenly bleating about food security.   Two other agrichemical giants, Dow and DuPont, also merged recently. They’re all like a bunch of drunks spilling out of the pub after a good night out, trying to keep each other from falling down.

If you’re a farmer, what do you do? You used to be able to play off one agrichemical giant against the other, but soon you’ll just take what you’re given. Or look for an alternative and boy, what an alternative is on the horizon!

When the French ‘4 per 1000 initiative’ succeeds at the Marrakech COP22 climate conference in November every hectare of organic farmland will be set to get over €150 a year in carbon credits. A hectare of chemical-dependent farmland will have to pay for its carbon footprint and that could cost close to €100 per hectare.   It won’t happen overnight but the French have fixed a price of €56 per tonne for carbon, to take effect by 2020. The world will probably follow, even the US.   If you were a government that was facing huge annual costs to subsidise farmers with money that flows through their bank accounts to Dow/DuPont, Bayer/Monsanto and Chem China/Syngenta and you could instead just let the carbon markets transfer the money from fossil fuel power stations direct to organic farmers, what would you do? Keep on propping up a dying industry or finally recognise that organic food, when the carbon is priced in, is actually cheaper than the degenerative kind that is destroying our available soil at the rate of 30 football fields per minute? (I can’t repeat this often enough)

Governments have been holding back for quite a long time because of the immense political power of the agrichemicals industry and of the landowning fraternity. They passionately hate socialism in all its forms, until it comes to their welfare payments.